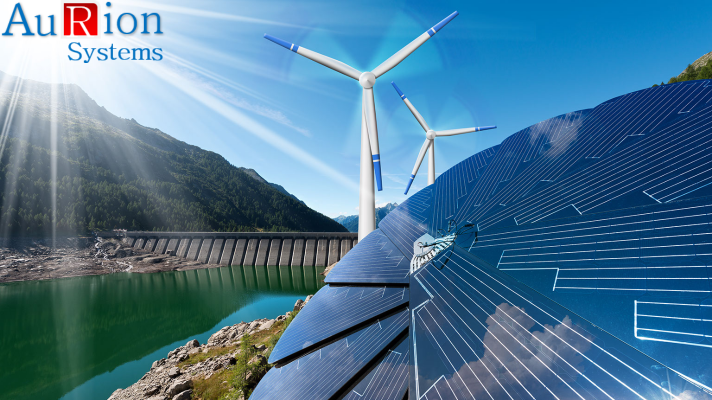 The greatest threat to our planet is the belief that someone else will save it.

The focus on reducing the ‘Carbon Footprint’ has made it a global challenge for countries to find and implement cleaner and greener sources of energy. While Solar and Wind are the obvious choices, there are other forms of clean energy include Nuclear, Hydro, Biomass, and Geo-thermal. As more and more countries are making a shift towards these renewable and clean energy sources, it is the right time to ask this question: How Green are these energy sources in reality and is there an alternative to these alternative sources of energy?

While Solar is believed to be ‘Carbon-Free’, it is not completely true. In a research article published for IEEE, Dustin Mulvane makes valid points about the carbon footprint of the manufacturing process of photo-voltaic cells1. Similar is the case with other alternative forms of energy mentioned earlier2. However, the emissions from these energy sources are much less than the conventional sources of energy. But, wouldn’t it be great if companies could find a way to offset these carbon emissions by shifting their focus to a much cleaner source abundantly available in the form of Hydrogen.

Hydrogen is the most abundant chemical in the Universe. It can be produced as a gas or liquid, or as a component of other materials, and has a variety of applications, including transportation, heating fuel, energy storage, and as a raw material in industrial processes.

Hydrogen energy can be stored as a gas and distributed through natural gas pipelines. Hydrogen can be transported on trucks and ships after it has been transformed to a liquid or another suitable substance. As a result, hydrogen can now be exported, essentially turning it into a tradable energy product.

Why is there so much buzz around Hydrogen?

As a clean fuel Hydrogen produces only water when consumed in a fuel cell. It can be produced from multiple sources such as solar, wind, natural gas, nuclear power, and biomass. Thus, making it an attractive and viable option as a fuel for transportation and electricity generation. From fuelling your car to fuelling rockets (which is already being done) the applications are plenty. The most common methods of producing Hydrogen are thermal process and electrolysis. Research has shown that Hydrogen can also be produced by biological and solar processes. Let us dive a little deeper into the methods, advantages, and challenges involved in producing and using Hydrogen as a fuel.

How does Hydrogen unlock the potential of renewable energy?

Though the prospects of the direct method look exciting, this method is most difficult to execute. The main reason being the inflammable nature of Hydrogen. It requires a special cryogenic storage system which is not only expensive but also an intricate process to build one. It would be a logistical nightmare if not worse.

The intermittent process helps to stabilize the Hydrogen by combining it with other molecules and forming less inflammable variants such as Ammonia. Fuel consumers can separate Hydrogen from these variants at the point of use. Applications of this process can result in the creation of other useful fuels including Methane, Noble gases, and environmentally friendly refrigerants. However, the major challenge here is the right infrastructure that enables both the producer and the consumer to efficiently merge and split the Hydrogen molecule with other molecules.

The most interesting method is creating a circular economy. The plastic wastes under the presence of certain catalysts can be split into Hydrogen and Nano Carbon Tubes. While Hydrogen can be used as fuel, the Nano Carbon Tubes can be used as raw materials for other production processes. This helps to attack the carbon emissions from two fronts – recycling and clean energy.

What’s the Future of Hydrogen Energy?

All said and done, the adoption of Hydrogen as a fuel is still in its infancy. With global economies moving towards ‘Zero Carbon Emission’ policies, the onus is upon the energy producers to find ways to use existing infrastructure to fuel these dreams with Hydrogen. As the adoption gathers momentum and more players enter the market, we expect to see this disruption snowballing into a global energy standard.